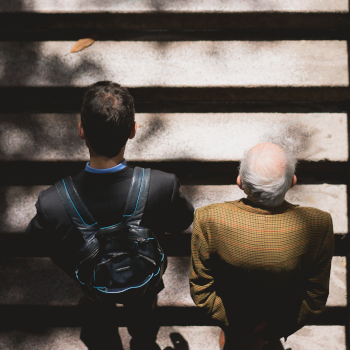 The economy is somewhere near its nadir, fewer jobs than before, limited vacancies and more unemployed people. On the face of it a great time for organisations to recruit as there are vast numbers of candidates from which to choose. Great emphasis has been given in the media to the long term fate of young people; the potential for part of a generation to never experience work. It is impossible to overestimate the impact this issue could have, if not addressed. Yet this one topic could become all pervading and we risk missing an equally significant problem – older workers.

Everyone knows the demographics show we have an ageing population. We are living longer on average and birth rates are dropping. So, we are living longer, we are more active and healthier; yet finding it harder to find employment. In the much longer term the issue will be finding enough people to perform jobs and, therefore, create wealth to fund pensions, care, medical interventions… This may well be even more acute for highly skilled roles.

In UK there is an expectation everyone will retire at 65 years of age or earlier. This is historical, based on pensions (and tax implications if an individual works and has a pension). It is also a very important social concern when it has been physically demanding work. Western societies do not seem to respect age in the same way as, for example, Japan does. There, businesses adapt to utilise the knowledge acquired through years of experience.

Actuarial statistics show the average age of death for someone who retires at 65 to be around 67. I suggest this is caused by a number of factors, such as;

However, if it is possible to step out early the situation improves a lot. Retire at 55, average age of death leaps to 79; living longer and with a massively increased proportion of time after work. Factors increasing longevity include;

All of this contributes to a growing number of unemployed who are older (is that 40+, 50+?). It is divisive to refer to them as “grey”, as this merely perpetuates perceptions of being unattractive to employers.

To Google “Older Workers” finds good guidance for organisations and advocacy for recruiting the, euphemistically, more mature person. However, there is little of substance to help the unemployed prepare themselves to deal with the specific issue of age.

As ever the need to legislate is driven by the lowest common denominator, the businesses and organisations which lack vision or ethics. In place are statutes which cover age discrimination, retirement age and disability discrimination. Whilst welcome and absolutely necessary, they are not the answer to the problem. These laws are merely a basis from which to operate. However, organisations which do not want to fairly consider people from any grouping can find a way of objectively justifying resourcing decisions. This is set against a background in which the majority of vacancies are filled without formal advertising. That older unemployed people feel there are pre-judgements made about them in a negative way is understandable and, I suggest, frequently true.

There is no doubt the serious business groups, such as, CBI, CIPD, CoC, IoD strongly support all candidates being given equal respect. They promote, for example, the value of older workers. This is because it is the view there should be no compromise about standards, the best candidate ought to get the job, irrespective of age. No professional business should preclude good applicants thoughtlessly; otherwise the selection process could be as simple as throwing CV’s in the air and taking the one which falls nearest.

Not only do business organisations promote good practice and ethical behaviour, they are keen to remind member companies and executives that the existing workforce is watching. It is another chance to motivate through morality and commonsense actions. Most of us want to work for good businesses.

What are the concerns? Now we deal in stereotypes, generalisations and myths;

What have older people got to offer? Aside from specific role related skills, they may;

There’s life in the old dog yet. Can we ignore such depth? Are we scared of wrinkles? Do we look beyond our preconceptions?